Today my oldest child turns 8. That is sort of hard to believe.

As I think about my life as a mom the last 8 years, I have spent some time contemplating how I feel about being a mom.

IT IS HARD WORK!

I used to babysit all the time when I was in high school and in college. I was in high demand as a babysitter, because I genuinely loved kids! I came with a bag of goodies and planned all sorts of fun things! It is kinda crazy that many of the kids I used to babysit are in college now some even married, and it will be even stranger when they have their own kids! So, I used to  look at the families I babysat for, and dream of one day having my own family and kids, and I thought of all the things I would do with my family. I sort of took all the good things from each of those families (leaving out any of the bad) and created my idea of my perfect little dream family/life.

Boy was I wrong! Being a mom has been so much different than I anticipated. Don't get me wrong I love it, and I find it really rewarding. But all those dreams I had, I don't think one of them has actually occurred!

I think the first time it hit me that life was not going to be what I imagined was when I realized this kid doesn't go home. This is her home. I mean when I babysat I would go and we would have a great time, and I even hung out with several of their families and it was always sunshine and rainbows. But then I had my own baby, and she never left, there was no going home. It took some adjusting to realize my husband and I were solely responsible for the care of this tiny little thing. And she was TINY! Once I adjusted to a new routine and a new "normal" I began to really love mommy hood. I was good at it, or so I thought. Then she started walking and talking, and a whole new can of worms was opened. I had to not just be a mommy, but I actually had to be a parent.

Thus, the second time it hit me that life was not going to be what I imagined was when I realized there is a lot more to being a mom than just feeding, clothing, and making sure this little kid slept. She would actually want to talk to me, and ask me things, and I would have to have at least SOME answers, and I needed to make sure I taught right and wrong because that doesn't just come hard wired. (I have to give credit to all the families that I babysat for, Yall did an amazing job raising your kids, because they sure were great, and I realize now, that took a lot of hard work on your part.) So, around the time my oldest turned 3 I realized things would be much harder than I anticipated. This is when I began to think "what have I gotten myself into!" and "I have no idea how to be a good mom!" Let's just say I started to pray in a whole new way. And I also began to view scriptures about being a parent, and God being our father in whole new way. Proverbs 22:6 says, "Train up a child in the way he should go, and when he is older he will not depart from it." This meant I would have to do the training! I felt so ill equipped to train up this little child! And then we had another baby! WOW! Talk about a curve ball!

So, now I had this precious, incredibly bright 3 year old and a little baby, and I was trying to just figure out how to survive much less "train up in the way they should go!"As I said before, I firmly believe that God has a plan, and I believed in His plan then.... but man I had no clue what the plan was... and being the kind of person I am that drove me crazy! So each day I prayed I would know what to do with these 2 precious little girls, and I often felt less and less like a good mother.

Then, SURPRISE! baby number 3! I was like, "Hello! God??? What are you thinking!?!" But we embraced it and tried to get excited about the little boy who would be joining us (and can I say, WOW he is such a joy today, but sooooo scary then!) There were many nights when I was pregnant that the girls ate dinner at 4pm and were in bed by 4:45. When they would ask "Why are we going to bed when the sun is still up?" I would reply, "The sun is staying up late tonight..." Parenting was hard then, but it was still a time of feed, clothe, bathe, little bit of discipline, repeat. No major life stuff.

Our next big adventure was school. When my oldest started Kindergarten, I had to totally rethink how I viewed being a parent. Now I was also helping manage someones education! I was responsible for her learning stuff... I mean responsible for her becoming a contributing member of society! School also brought questions about friendships, obedience (she had to change her color more than once!), having a good work ethic, doing things to the best of your ability, and working with a cheerful heart. I realized I wanted her to learn to read and do math (thank goodness for her dad!), but more importantly I wanted her to learn values and learn how to pursue her dreams while never giving up.

So, each day I struggle with feeling inadequate as a mother. Each day, there is a new element to being a parent I did not expect. But I have to remind myself when I feel this way what it says in Hebrews 13:21, "may he equip you with all you need for doing his will. May he produce in you, through the power of Jesus Christ, every good thing that is pleasing to him. All glory to him forever and ever!" All I have to do is ask, and God will equip me. These three kids are His will for my life, He would not have given them to me if He did not think I was equipped or could be equipped to care for them. So each day when I am running out of patience, or reacting in anger, or hiding in my closet because I can't take one more minute of the chaos that is my children... God has and will equip me to handle this! Take a deep breath and face them with the grace that God has shown me.

Lastly, I guess, on this 8th birthday of my oldest child, I realize I am glad she is getting older. This is what being a parent is all about. It would be a real tragedy if she never grew, never changed. God has placed me in her life to teach her, train her, love her, and then set her free in the world. I am excited about the day she goes out and my hope is that she changes the world! I pray that she will be more, do more, and glorify God more than I ever did, and I truly can't wait to see what kind of World Changer she will be! 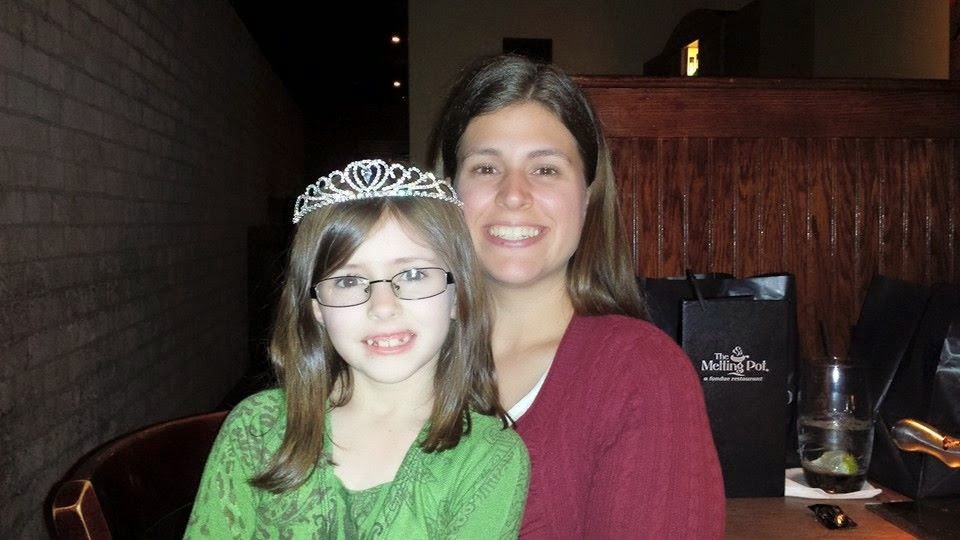 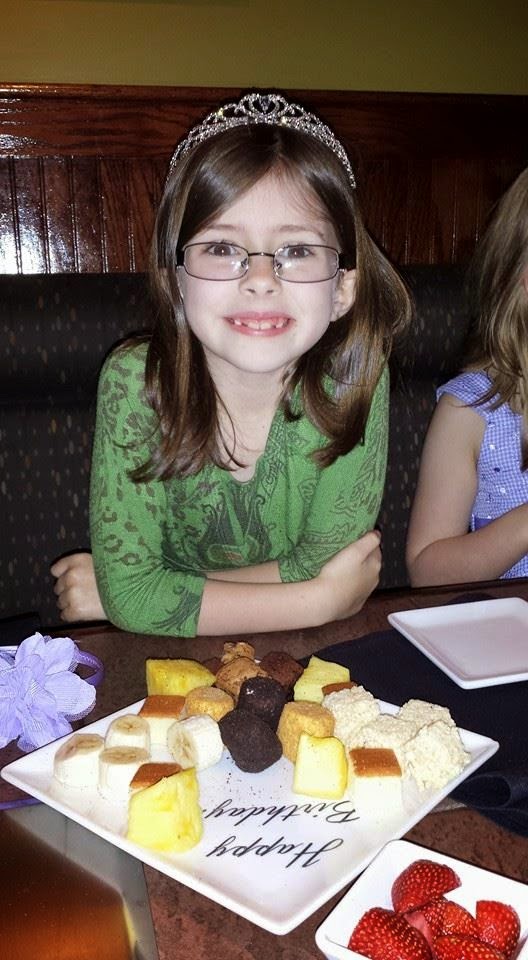 I pray she will "Live a life filled with love, following the example of Christ. He loved us[a] and offered himself as a sacrifice for us, a pleasing aroma to God." Ephesians 5:2
Posted by Unknown at 2:01 PM